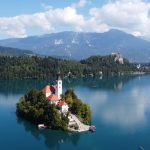 Unlike one of my typical tours, where I would travel along a roughly planned route spanning a few thousand kilometers, I am basing myself this summer in the touristic town of Bled for six nights and making tours from there as well as doing a bit of hiking and cycling around the area.
Read More 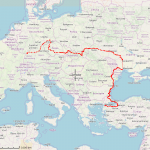 My bike has been shipped to Thessaloniki in Greece, three weeks before I fly there from Frankfurt. After a relaxing weekend, I collect my bike early Monday morning from the logistics company and ride immediately to Gelibolu in Turkey, across the Bosporus from Asia.
Read More 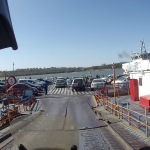 After passing (and mostly jumping) through the long queue for Bulgarian Customs, I quickly change all my Turkish Lira for Bulgarian Lev, adding in a few Euro for good measure. Petrol is replenished and I head straight for the Black Sea coast along a heavily pot-holed forest road.
Read More 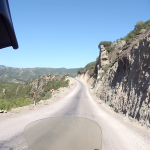 I begin the tour in Thessaloniki, Greece. The bike had been shipped here by Bike-on-Board in Düsseldorf, saving me 2,000km of motorway riding to reach the start point. My luggage, helmet etc, shipped with the bike and I flew out with just hand-luggage for a couple of nights in Greece before I collect the bike.
Read More 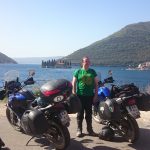